The new research program Industrial Cybernetics, Instrumentation and System Integration at CEITEC BUT is coordinated by Pavel Václavek. He is also the leader of one of the two research groups that fall into this program. According to him, research and development in the field of cybernetics and robotics is not a novelty at CEITEC BUT. However, the program is an important step for cooperation with external partners. 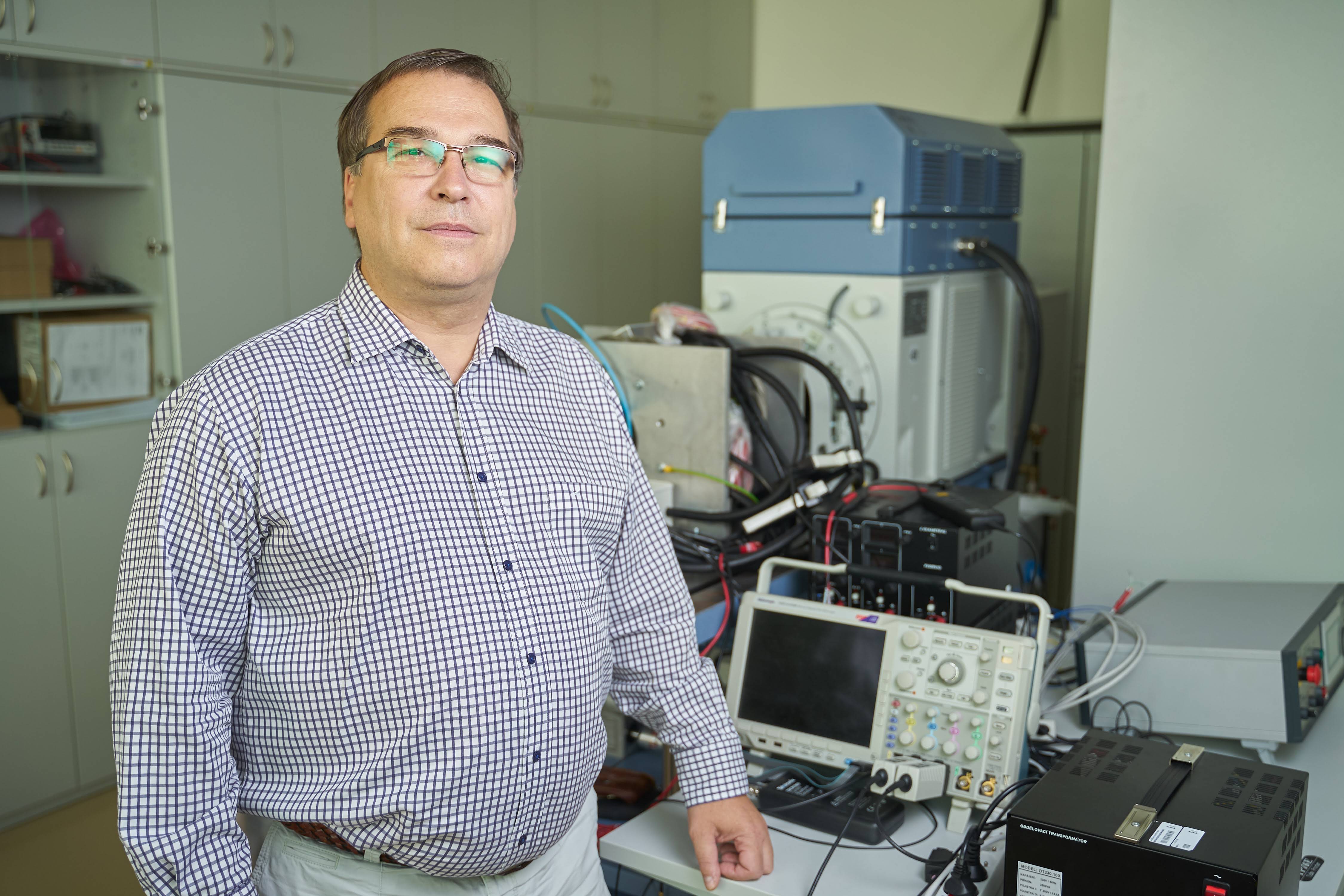 Professor Václavek has been leading a research group at CEITEC BUT for several years. Since the new year, he has also been the leader of a new research program. Photo: CEITEC

Since January of this year, there has been a new program within CEITEC, which is to focus mainly on research and development in the areas of control, sensors, robotic systems and artificial intelligence. According to the coordinator of the new program, Pavel Václavek, preparations began two years ago.

Nevertheless, according to him, for most members of the research groups Cybernetics and Robotics and Advanced Instrumentation and Methods for Materials Characterization that fall into the new program, nothing fundamental has changed. “I do not expect a fundamental change in direction or projects. This is due to the fact that some of the activities have been at CEITEC since the beginning, they were just a little hidden. Compared to the previous activity, the part focusing on production technologies will be strengthened more. And thanks to greater interaction with Professor Kaiser’s group, we will also collaborate more in micro and nano computed tomography. But no revolution will happen,” says Pavel Václavek.

While internally, according to Václavek, not much has changed, for external cooperation, the change is absolutely essential. The Cybernetics and Robotics group, which he leads, has so far been under the Advanced Materials program. “It was a problem because, for example, the partners did not understand why we were included where we were included. Now it will be clear from the outside what we do,“ Václavek thinks.

He believes that this is an important change also from the point of view of CEITEC BUT. “Until now, it has been a research center in materials science. But now we are also officially subscribing to topics such as automation, robotics, artificial intelligence. All similar foreign institutions also have a part that deals with these technologies, which are now coming to the fore,” adds Pavel Václavek.

This has been confirmed in the past by the director of CEITEC BUT Radimír Vrba, stating that a significant impulse for the expansion of research focus was the acquisition of the international project RICAIP (Research and Innovation Center on Advanced Industrial Production) in the prestigious European program TEAMING. Thanks to that, a testbed of Industry 4.0 is being created in one of the industrial halls Pod Palackého vrchem for approximately 450 million Czech crowns.

The running of the testbed will also be one of the responsibilities of the new program coordinator Pavel Václavek.

“At the end of this year, this facility and other activities will be added to the program. Therefore, in addition to the actual functioning of the groups, we will also address the functioning of the testbed. How to solve users’ access to laboratories, how to divide capacities into scientific and industrial activities, how to set business models and a number of other practical issues. “We hope that we will be able to involve small and medium-sized companies in particular. We already have feedback and interest from many of them.”

Václavek explains, saying that in the future the testbed should focus mainly on industry and the South Moravian innovation ecosystem.

In addition, Pavel Václavek plans to establish cooperation with other research groups within CEITEC BUT. “We have had some intergroup projects in the past. But it’s not always easy, because much of the expertise we would need is not at CEITEC, “he notes. In addition, he hopes that despite his new role, he will still be able to set aside time for science.

“I’m trying to find time for the essentials, but for a year now we’ve all been mainly doing paperwork and fighting public procurement. We have been focused on building the testbed and we are already looking forward to the end of this phase when we will be able to start doing big and interesting things there.”